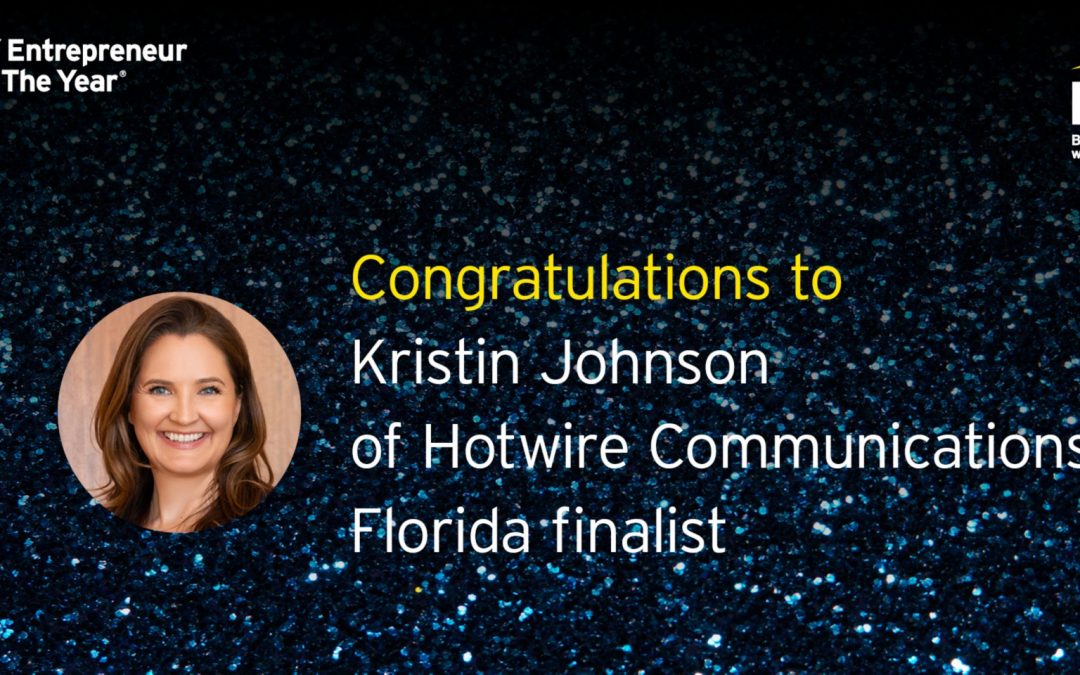 Ernst & Young LLP (EY US) today announced that Kristin Johnson, CEO and Co-Founder of Hotwire Communications was named an Entrepreneur Of The Year® 2021 Florida Award finalist. Now in its 35th year, the Entrepreneur Of The Year program honors unstoppable business leaders whose ambition, ingenuity and courage in the face of adversity help catapult us from the now to next and beyond.

Kristin was selected by a panel of independent judges. Award winners will be announced during a special virtual celebration on August 5, 2021 and will become lifetime members of an esteemed community of Entrepreneur Of The Year alumni from around the world.

Entrepreneur Of The Year is one of the preeminent competitive award programs for entrepreneurs and leaders of high-growth companies. The nominees are evaluated based on six criteria: entrepreneurial leadership; talent management; degree of difficulty; financial performance; societal impact and building a values-based company; and originality, innovation and future plans. Since its launch, the program has expanded to recognize business leaders in more than 145 cities in over 60 countries around the world.

“To be nominated as a finalist for Entrepreneur of the Year is really such an honor in and of itself,” said Kristin. “This would not have happened without the dedicated work of my team, and a testament to the innovation we strive for every day at Hotwire.” Hotwire Communications is a fiber optics telecommunications company and ISP based in South Florida, serving residential, commercial, and municipal customers.